The seduction of beauty at a distance, like the spell of a mirage, holds me captive as long as I believe it will stay perfect upon contact. By contrast, nearness is the most difficult state in which to see beauty – so the absent, hidden, and distant attract, while the present, the ordinary, feels flat and insufferable.

The seduction of beauty at a distance, like the spell of a mirage, holds me captive as long as I believe it will stay perfect upon contact. By contrast, nearness is the most difficult state in which to see beauty – so the absent, hidden, and distant attract, while the present, the ordinary, feels flat and insufferable.

The contents of a mirage, by definition, can’t be approached, touched, or realized – but I allow their fantasy of perfection to exist because in it, I’m not asked to engage, not asked to move from where I am. I can hope without having to enact what I hope for.

The lustre of flesh of celebrity, the seduction of promised heavens, owe their appeal to this condition. Nostalgia names an increase in admiration that correlates with an increase in distance (usually regarding the dimension of time). It concedes the inability to love what is local and basks instead in what it cannot have. Because this concession is defaulted to, it is not something we are capable of doing, but a negative condition: what exists where the positive capacity has failed to develop.

Its feeling eases only because an exertion of effort is dodged: we fall for, (into) nostalgia. But it deposits the yielding soul in a state, a pattern, of perpetual disappointment, of total aversion to a world, (the present), it has forgotten (or failed to learn) how to enjoy.

The price of the concession is our freedom. If we had been strong, (even if it were only a performance of strength), that gesture would retain the memory of our having chosen; it would bear the trace of our bravery and dexterity; it would pattern our future with robustness. Instead, concessions, like nostalgia, coat and contextualize us in diminishment and inability. We didn’t choose to concede, to falter, we were just unable not to. In turn, there is no choosing, no dexterity, to remember – only our stooping to a sad safety, which ripples forth into who we become.

The desire to flee or avoid the prospect of the ordinary, (the near), reflects in our behaviour. In the magic hum of Spring, a belly of fecundity … why do we reach for a camera, or scurry inside to report a beauty we’ve just withdrawn from?

We evade (confronting) our inability to understand, or behold, what is in front of us, offloading the burden of enjoyment, or conjoining- with, the beauty at hand, and, instead, making responsible the camera, or the friend. Our senses know beauty is nearby, but the presence of our dissatisfaction, of feeling left out, remains an occlusion.

Philosophers focused on this lineage of disappointment point to a skepticism: a fear that reality is permanently mediated, obscured.

Implicit in this worry is belief in an essence, a veracity, that we cannot, or fail to, engage. Our wonderful instruments and inventions, scriptures and science, are all conscribed to saving us from this disconnect. In turn, they are fractured from their organic powers; they are reduced, abused, because they are asked to carry the world on their shoulders. For us, knowledge, knowing, means possessing, rather than, say, admiring.

What would knowledge-as-admiring look like? We’re taught, with several non-human animals, that our mode of approach dictates the unfolding interaction. Dogs read fear and apprehension as suspicious, but present a calm demeanor, or an open hand to sniff and examine, and the dog can investigate you properly, and open themselves up to you too. Drugs behave in a similar manner. Pulling or straining against the effects of a chemical can lead to an upsetting, combative experience. Letting go, alternatively, releasing control of the situation, is the most conducive way to having a stimulating, fruitful encounter. Both scenarios show that our mode of approach is the premise of the interaction – the premise, the grounds, dictates what happens in its domain.

The anxiety that we are missing something, missing out, steeps our eye in the expectation of absence and comes to shape how we perceive and approach the world.

We refuse to befriend reality slowly, incrementally, and instead demand its advent all at once. The gold nuggets of daily life: the divinations of poems, the fragments of gnosis, the murmurs of Nature, are ignored because they fail, individually/per se, to hand us the entirety of the world. We can’t enjoy or interpret these glimpses because we’re looking past them for something that delivers entirety.

Clinging to our sense that reality, satisfaction, is remote lets us believe there is something to chase, something we cannot ever, ultimately, reach – and so we can permit ourselves to delay exploring truth’s potentiality and complexity in the nearby. We can excuse ourselves for being absent from life – because being complaisant in dissatisfaction is easier than being satisfied: it avoids the laborious task of loving what we already have, what we’ve already been exposed to.

Reality pours in when we are not looking elsewhere for its occurrence, just as we only behold the intricacies and capacities of another person when we stop presuming to have already solved them.

“Every ship is a romantic object, except that I sail in” 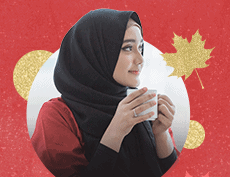 A Foreigner In The Culture I Was Born Into 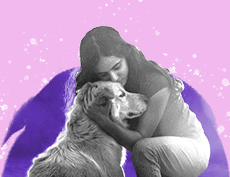 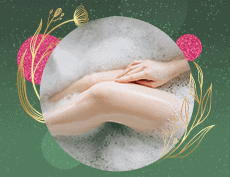 Unleash the power of consistent Self-Love! Raise your vibe and change your life!

Black Friday Sale! 50% OFF My Most Popular Course: 30-Days of Self Love in Action