Normalizing sex means understanding where we came from, what history and conditioning you are holding on to, and letting go of those narratives that don’t serve you or the world.

Four years ago, I began my journey into sexual education; self-study mostly, with a few online courses here and there. I learned the names of sex gurus and academic titans: read their books, blogs, and listened to their podcasts. Sex has always fascinated me but when asked what specific subject interests me most, my resounding answer is: normalizing it.

It’s a pretty broad statement, but a significant one; one I believe is so critical that my husband and I are writing a book on it. We believe normalization of sexuality has such profound healing properties, it could change the world. So, where does one begin?

Before our modern society sprouted and bloomed, sex was an act of celebration and peacekeeping across many cultures. I won’t delve too deep into these findings, but if you have doubt, simply take a look at our closest genetic relative: bonobos. Not only do they live in a matriarchy, but sex helps establish bonds between them. Not convinced, check out Sex at Dawn: The Prehistoric Origins of Modern Sexuality by Christopher Ryan and Cacilda Jethá.

Moving forward,  with the privatization of property and the influence of religion, sexuality became rigid. In western society, strict guidelines regarding when, and with whom, people could be intimate, and how they were meant to be intimate, became doctrine.

Throughout history, privatization of assets became common; women were suddenly lumped in with, and defined as, “property.” We were a liability as well as a resource for bringing men heirs – sons to inherit and become responsible for said property.

What does this have to do with normalizing sexuality?

Well, understanding that women’s reproductive organs quite literally became the property of men throughout history sheds light on why traditional sexual education, and slut-shaming, exists today. Without the abolishment of these puritanical, patriarchal ideas, the concept of human sexuality remains rooted in this narrative.

Sexual education, by tradition, both inside and outside of the church, has focused on reproduction over pleasure. Why is this an issue? For one, there is so much more to sex than making babies – if that wasn’t obvious. Secondly, reproduction-focused sexual education completely disregards female anatomy as a source of pleasure and orgasm. Because reproduction requires the male orgasm, by default, their pleasure is built into this education. As a result of this alone, does it really surprise anyone that female orgasm remains this elusive and sometimes shameful experience?

Up to this point, I have regarded men and women as two distinct groups of people, in a seemingly heterosexual context. To add another troublesome layer upon traditional sexual education is a simple fact that it excludes lesbian, gay, bisexual, transgender, queer, asexual, and intersexed individuals.

For the sake of this article, when I use the terms “women,” and “men,” I am referring to biological females and males who identify as such (cis-gender individuals) unless otherwise specified. Why do I do this? Because issues surrounding the LGBTQ+ community fall under feminist issues. Hate in the form of transphobia and homophobia is a result of misogyny. Once misogyny is disassembled in society, and “gender roles” are eradicated, transphobia and homophobia will also crumble.

The #metoo movement wreaked havoc on the patriarchy. Women’s rights, and male behaviour, have never been so visible. “Toxic masculinity” was coined, and people are becoming more conscious of the implications these rigid gender roles have. Common phrases and thought patterns are now being dissected: “boys will be boys,” for example. By understanding the nature of human beings as a whole, rather than generalizing and attaching specific, usually harmful, characteristics to one group, we begin to peel back the layers and see the places we went wrong.

“I was five when my mother caught me. She told me I was dirty.”

“My dad told me to stop, and that it’s rude – I was in the privacy of my own room, and he accidentally walked in on me.”

To put this into context, women are taught that their genitals are an unhygienic or “dirty” place that they should stay away from, even in the privacy of their own room. Additionally, it is up to their hypothetical, futuristic, male partner to discover their pleasure for them (because heteronormativity is assumed). These findings have been reiterated by sex professionals (professors, coaches, doctors, etc.).

Men, on the other hand, get quite a different narrative, hence, “boys will be boys.” This isn’t to say that men do not experience shame. Toxic masculinity is a very real thing. What I am trying to say here is history favours men. Because male genitalia tends to hang from the body, the relationship men have with these parts already differs greatly from that of women. To simply pee, men take hold of their genitalia, which has brought about a level of familiarity and intimacy with themselves that women, generally, don’t develop at an early age. As a result, when the time comes where a heterosexual woman has an intimate experience with a man, she does not understand her body’s desires and responses. For many women, they leave their pleasure up to their partner, who has even less information – or access to that information – than they do.

Let’s say a heterosexual woman has her first intimate experience with a man and it leads to penetration. The expectation has been that women should be able to orgasm through penetration alone, another side effect of traditional sexual education. Whether this woman masturbates on her own or not, she is now finding it difficult to orgasm. When the experience is over (after male ejaculation), she is left with a feeling of dissatisfaction, and shame for her inability to orgasm through the same stimulation as her male partner.

The vagina is cited as the primary female sexual organ when in reality, only 25% of women have reported having orgasms through penetration alone, and it is infrequent (doesn’t occur every time).

One of the most amazing, yet fundamental pieces of information I came across during my studies is that the clitoris is homologous with the penis: they have the same evolutionary origin and structure! Why is this important to know? Because leaving out the clitoris while stimulating your female partner is equivalent to avoiding your male partner’s erect penis while trying to bring them to orgasm.

The chances of it happening aren’t very high!

Your Sex is Your Responsibility

As much as I encourage people who have female partners to educate themselves on female pleasure, it is never the responsibility of another person to read your mind or guess what brings you pleasure. In saying that, I understand there is a lot of historical trauma that females carry that makes it difficult to have these conversations; however, it’s time we stand up in spite of that history. Take your power back in the bedroom…

There’s an “I” in Desire

Learning about your own anatomy, discovering what turns you on, brings you pleasure, brings you to orgasm on your own is what sexual development is all about. Sexuality, in general, is taboo, even though it is the place we all started, it all came from. Being authentic within your sexuality and learning to let go of the shame that surrounds you will dramatically change your life, your self-esteem, the way you approach relationships, and the people you let into your life and bed.

Some Advice from a Friend

Stop feeling guilt for your pleasure, and don’t put up with anyone who tries to guilt you about that pleasure. I know that is easier said than done, but remember this: there are men (and women) out there who derive pleasure from your pleasure! Yes, it exists! My husband is living, breathing proof. In fact, the men I have in my life all have a great reputation for that. Raise your standards, and in the meantime, please yourself 😉.

Sexuality should not be a conversation that is off the table until sex happens. Sexual compatibility is compatibility. It’s as important as any other value – money, spirituality and/or religion, education, health, relationships (and how they function), politics, raising children, etc. Learning how to communicate about these topics will help lay the foundation for any future relationships, but also clarify what you desire in a partner, in a relationship, in life.

Find resources and professional help where needed, especially in learning how to assert yourself in and outside of the bedroom. Us women get a bad rap for being such agreeable creatures – it’s time to shed that skin and start anew…

At the end of the day, sexuality is a spectrum and ever-changing, regardless of preferences. It is multifaceted because we – humans – are multifaceted. Normalizing sex means understanding where we came from, what history and conditioning you are holding on to, and letting go of those narratives that don’t serve you or the world. Discovering your own sexuality will inevitably build self-esteem and allow you to create deeper connections with yourself and others. You have to value and love yourself first. Not only will this wean out the bullshit, but it will emphasize partner(s) you could have awesome intimate experiences with.

Listen, we all have triggers. We all have topics that make us cringe and want to run out of the room. Sexuality tends to be that topic for many people – let that be your sign. Make the commitment to be better for yourself, for your partner(s). Life is too short, and sex is too good when done right! So, enjoy, and in the meantime, check out these badass people who inspired and encouraged me along the way:

(Ps. My sister once told me, “When you fake an orgasm, you fuck yourself!” So, stop it! You aren’t helping yourself, your partner, or any future female partner they may have!)

Discover new ways to increase sexual pleasure, based in new research with 20,000 women.

Tap into the world's largest network of licensed, accredited, and experienced counselors who can help you with a range of issues including depression, anxiety, relationships, trauma, grief, and more. With our counselors, you get the same professionalism and quality you would expect from an in-office counselor, but with the ability to communicate when and how you want.

A weekly podcast about the ins and outs of everyone’s favourite topic. Hosted by Dr. Zhana Vrangalova, a professor of human sexuality at NYU, and Joe Pardavila, a guy who’s a fan of sex.

Please note that this podcast is not putting out new episodes; however, the episodes available cover a wide variety of topics that will educate and amaze!

In 2017 comedian Remy Kassimir was 28 and had NEVER had an orgasm. So she did what any rational person would do and started a podcast to figure out how to do it! Spoiler alert: She completed her goal and now this podcast has helped hundreds of “Cumpanions” around the world to accomplish their first O's as well.

Come as You Are: The Surprising New Science that Will Transform Your Sex Life by Emily Nagoski Ph. D

Sex at Dawn: How We Mate, Why We Stray, and What It Means for Modern Relationships by Christopher Ryan, Cacilda Jetha, et al. 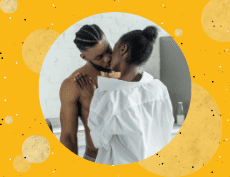 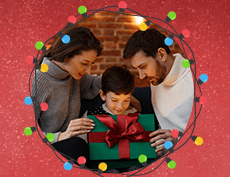 Christmas With The Ex 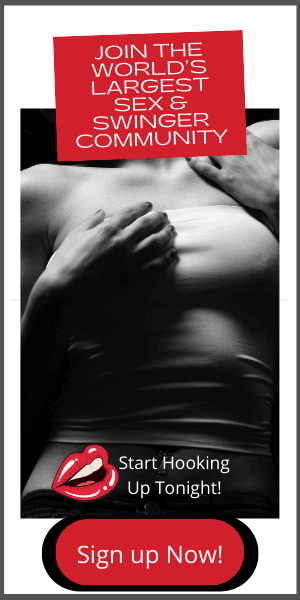 A FREE online summit featuring 21 love experts -- how to move on from your ex & learn open your heart again.

how to move on from your ex & learn open your heart again.